← more from
Woodybrook Lane
Get fresh music recommendations delivered to your inbox every Friday. 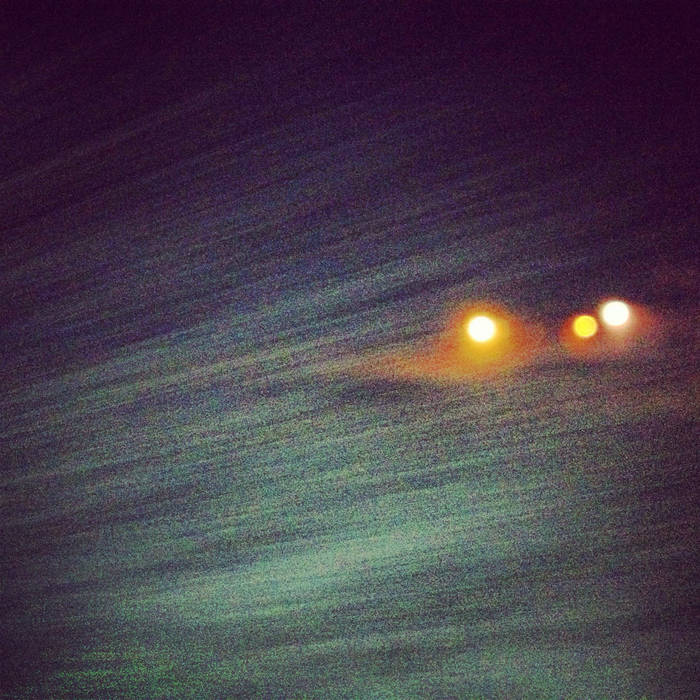 VIN I bought the CD (ECHOLALIA) via this site. I'm certainly glad that I did. The included notes put flesh on the bones of each song. And just for the record, I am lucky enough to have seen The Go-Betweens live. Dublin '87. Favorite track: Bye Bye Pride (The Go-Betweens).

NORTHAMPTON, MA- While their full band was busy raising kids and committed to various day jobs, Flora Reed and Philip Price of Winterpills decided it would be fun to quickly record some of their favorite cover songs while the tape rolled. But what began as a small casual project morphed into an orchestrated, introspective transformation of a few well-known songs and quite a lot of under-appreciated gems: songs by Sharon Van Etten, Buddy Holly, Lisa Germano, The Go-Betweens, XTC, Beck, the Beatles, and more get the treatment of filtering through the alchemy of Flora and Philip’s vocal & instrumental chemistry experiment. Almost archival in nature, Echolalia does not play like the standard covers album packed with well-known hits. It’s a treasure trove filled with beloved songs picked because Price and Reed felt that they were meant to transform them.

Price writes: “Aren’t all albums cover albums? Aren’t our musical daydreams overflowing with versions and interpretations and echoes of songs — others and our own — that have woven themselves into our brains? Songs misremembered, songs massaged or tortured through memory and association… For us, live shows where we play our own songs are sometimes, at least technically, a constant re-inventing of our own material while innately reflecting the influences of others.

Some nights I find myself singing one of my own songs in the voice of someone I’d been obsessively listening to for weeks, trying on new voices like a 1940’s character actor. Conversely, other times we weave our own voices into the voices of our musical heroes for the vicarious thrill of blending the living with the dead. It's a dialog without end and often no one noticing."

The criteria for this project were twofold: 1. Dig into the body of ingrained influences and find songs from any era that we connected with, and 2.Transform them in a way that reignited the songs for us personally- not simply a record of us performing it, not playing (much) from the ego. We had to do something that trumped the simple love of the song. There were so many songs and artists that we left off this list and it took some tinkering to realize that some songs are not really meant to by covered or transformed –by us. Simply because a song was great (and influential) was not enough to pass the Echolalia gauntlet; it had to be transformable; we had to be successful Dr. Frankensteins and re-animate, and not worry if it was a monster or not, or afraid of fire…”

Starting with their self-titled debut in 2005, Winterpills have built a vibrant career with their exquisite chamber-pop songs that The Washington Post called “densely packed but hugely evocative, tiny bombs of feeling and meaning… fiendishly melodic." From the group’s origins one cold winter in 2004 as a song circle for heartache, the band has truly blossomed, releasing three full-length albums — a self-titled effort in 2005, The Light Divides in 2007 and Central Chambers in 2008 — and the 2010 E.P. Tuxedo of Ashes, which The New York Times praised for “elegant arrangements” of “songs that stay haunted.” 2012’s All My Lovely Goners embraced the hushed vocal harmonies and graceful chamber-pop sound the group has made its trademark, while pushing the quintet into new sonic realms. MOJO magazine included the album in their 2012 top 10 Americana list.

One Day (Sharon Van Etten)
Time Of No Reply (Nick Drake)
From A Shell (Lisa Germano)
Open Your Eyes (Jules Shear)
Learning the Game (Buddy Holly)
We’re The Same (Matthew Sweet)
Bye Bye Pride (The Go-Betweens)
Museum of Flight (Damien Jurado)
Train Running Low on Soul Coal (XTC)
10. A World Away From This One (Mark Mulcahy)
11. The Wolf is on the Hill (Beck)
12. Cry Baby Cry (The Beatles)