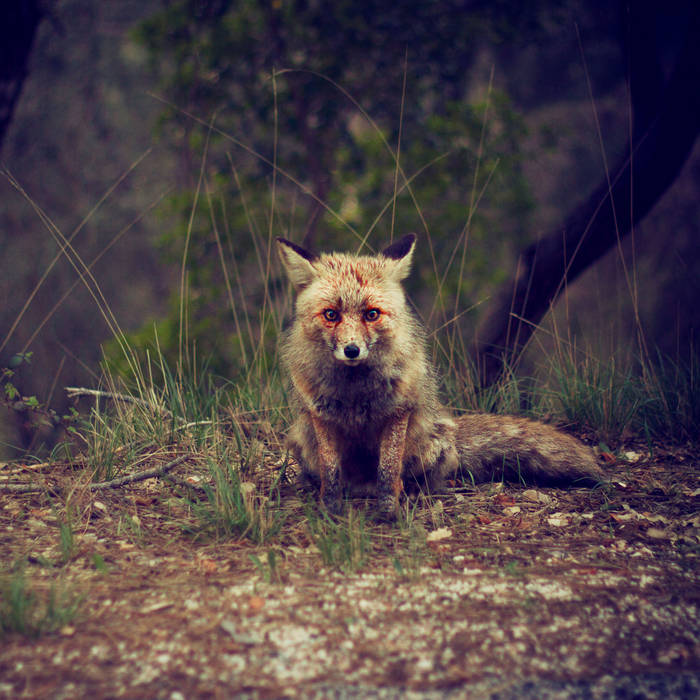 Over a decade ago, singer-songwriter Philip Price scrawled the name “Winterpills” on the wall of The Bay State Hotel, a now-dead but fabled Northampton, Massachusetts watering hole and music venue. Initially, it was going to be the name for a dreamt-of electronica project, but, somewhere along the line, it blossomed into a critically acclaimed indie band with a deep catalog of elegant, dark chamber pop.

Now, the quintet gives us its seventh album, a provocative entry in its catalog, Love Songs (Signature Sounds), out March 18th. Recorded and co-produced with Justin Pizzoferrato (Dinosaur Jr., The Pixies, Lou Barlow, Speedy Ortiz), the album showcases an invigorated and raw Winterpills. This new release marks ten years as a band. To commemorate this career milestone, Winterpills will also reissue its self-titled debut on vinyl. Together, these releases bookend a freewheeling psych-folk-rock continuum.

“Without even trying, over time the canvas has just gotten bigger,” says Winterpills’ principle songwriter Philip Price. "Time stretched us.”

Winterpills formed as friends, musically comforting each other during one particularly miserable winter after a year of breakups and deaths. Price began performing as a solo artist in the vein of Elliott Smith and Leonard Cohen after his power pop band, The Maggies, disbanded after nine years. Initially, Winterpills was an outlet to combine his quieter, heartfelt songwriting with a richer array of synthetic textures. Winterpills took something of a left turn by becoming a full band that conjured the vigor and sophistication of power-pop and folk-rock with subtle electronica flourishes. As time has worn on, Winterpills has peeled away that ambience in favor of a powerful and graceful live band aesthetic.

There’s a circularity to the group’s newly reissued self-titled debut album from 2005, and its latest, Love Songs. Both albums have the feeling of euphoric artistic self-discovery. “We hadn’t recorded together in awhile, and we felt refreshed when we went in the studio this time.” Philip admits. Whereas 2005’s Winterpills is a raw rock album with delicate moments, 2016’s Love Songs is a much bigger sounding rock record played with swaggering musicality.

Love Songs is tightly thematic. "At first the thought of calling it Love Songs was intended as a whimsical nod to the other million albums of the same title," Price says, "but then casting that light on the existing songs made them jump into stark relief: they were all love songs after all, though arriving at that place through strange portals and unused back roads." The tracks are definitely not your standard missives of affection: within the 11-song album, Winterpills explores love of the idea of love, love of unrealized love, love of the dead, love of family secrets, love of the concept of eternal return, love of ideas, and love of celebrity.

Standouts in this prismatic survey include the single “Celia Johnson,” “Freeze Your Light,” and “He Grew A Wall.” The track “Celia Johnson” bursts forth with a scruffy Jeff Magnum-like elegance conjured from the contrast of skyward Byrds-like harmonies laid over propulsive drums and garage rock guitars. The track was inspired by Philip's fascination with the late English actress, Celia Johnson, (best known for the 1945 British romantic drama Brief Encounter).

Lone celestial harmony vocals open “Freeze Your Light,” reminding longtime fans of the power of Philip’s vocal interplay with co-writer, keyboardist, harmony soulmate, and wife, Flora Reed. The song majestically unfolds from a fragile intimacy as it gathers burly power with lumbering drums and dirty guitars. The chorus has a gospel purposefulness that feels cathartic and spiritual; the embedded and quixotic desire to freeze all our loves in photographs, pixels and 'cardboard boxes with broken handles' saturates the song.

“He Grew A Wall” is about a suicide that shook the local music scene. “I watched that loss confound us all,” Philip reveals of the song’s subject, “I woke up one day with most of the words in my head laid out for me.” The track features some of Philip’s most poetically poignant lyrics against a mournful descending guitar line: “So the wind told a lie/You were deceived by the sky/The sun refused your call/The moon denied it all/You grew a wall”.

The album’s emotional resonance and fresh energy comes from the environment it was created in. Philip produced and engineered three albums in a row for Winterpills in their home project studio; but Love Songs was recorded in a professional studio buzzing with music gear curiosities, setting the stage for intrepid sonic exploration, including a slightly out-of-tune vintage Vose & Sons upright piano used liberally on many of the albums tracks: Love Songs bids farewell with the early Elton John-esque “It Will All Come Back To You.” The song’s arrangement is richly emotive—it sweeps upward from plaintive piano and voice to vigorous full-band accompaniment with stacked vocal harmonies, noise guitar, and trumpet. Co-producer Justin Pizzoferrato forged a telepathic connection with the group where he could intuit their aspirations, while providing fresh perspectives from the many different genres he’s worked in.

It’s been an unexpected journey for Philip, chasing the ghost within that moniker he scribbled on a bar wall twelve years ago. But what stands out to him as the most meaningful part of the journey is the deep ties within the band. “We feel lucky we’re still good friends after all this time. And I’m in awe of what everyone in the band brings to this weird table we built,” he says. His most profound connection, though, is with Flora Reed, his wife, and creative ally. “We totally have all our eggs in one basket, and it’s been great. I highly recommend it. We do save a little money on hotel rooms.”
credits