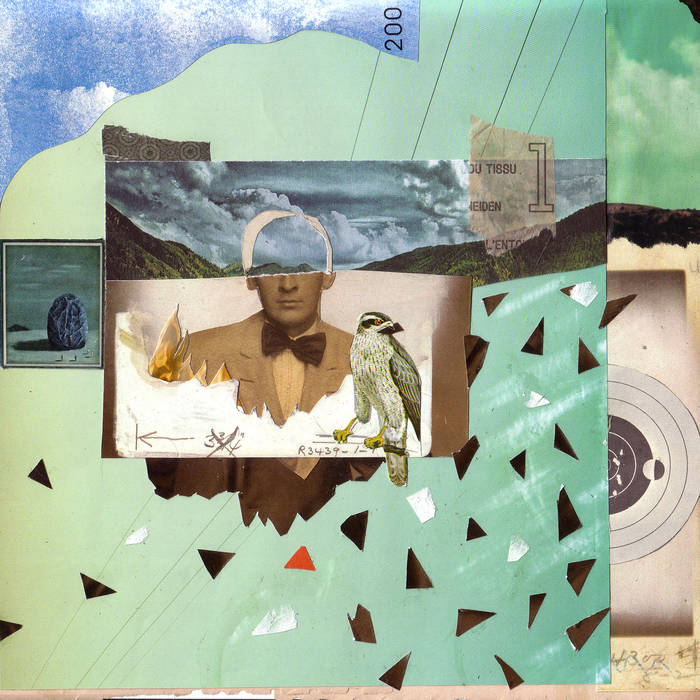 Jon Pareles, The New York Times, Oct. 14. 2010: "Devastation grows almost cozy on “Tuxedo of Ashes” (Signature Sounds/Soft Alarm), a six-song EP that Winterpills recorded at home in Hadley, Mass. Philip Price’s cryptic, folky songs hint at floods, murder and war. “I lay down in the ash heap and penciled in our names/On the rosters of the fallen and the legends of the maimed,” he sings in the title song, with an ethereal descant from Flora Reed. Around Mr. Price’s gentle voice and the picking of his guitar or banjo, Winterpills gradually builds elegant arrangements steeped in 1960s folk-pop and rootsy rock, hinting at Simon and Garfunkel and Fairport Convention. While the gathered instruments offer some solace, the songs stay haunted."

This is the fourth release by Winterpills, and a 6 song EP of songs recorded entirely at home.

With an ambitious full–length album on the horizon and a surplus of songs, the New England indie- quintet Winterpills decided the time was ripe to make a home recording. Though the process was more relaxed and casual than a full-blown studio effort, the six songs on Tuxedo of Ashes (Winterpills’ 4th CD on Signature Sounds/Soft Alarm) are just as rich and intricately dynamic as any of their previous recordings.

“I seemed to have accumulated a glut of what I thought of as my ‘Hey Jude’s -- 5-minute-plus songs with huge dramatic endings. This was one of the inspirations for the EP -- that and the idea of doing it all at home, up in the bedroom, on our own gear, with special guests sending in parts via email or whenever they could stroll through,” says the band’s songwriter Philip Price. “The EP is a sort of arranged marriage of the wordy epic and the modest haiku.”

The band also thinks of Tuxedo as a palette cleanser before the next project, already written and to be tackled over the coming winter months.

From the very start, Tuxedo of Ashes is vintage Winterpills, a band with a sound described by one critic as “... ghostly, shimmering music, beatific harmonies... The glistening melodies and subtle layering of vocals and guitar parts are deceptively soothing, hiding the implied catastrophe that seems to lurk in the heart.” (Harp).

The opening track, “Are You Sleeping (Cinnamon, Cardamom, Lithium)?” is a strummed, murmured and mellotroned paean of love to four influential artists who died too soon over the past year: Vic Chesnutt, Mark Linkous (Sparklehorse), Alex Chilton and Andy Hummell (both of Big Star): “The lithium stars will not shine tonight/They have wounded to guide to another world...”

The band then veers into the uncharted and vaguely trip-hop-and-cello feel of “Feed The Spider” a misanthropic, cyclic chant that ponders, among other things, how the tendrils of deathly oil spills might appear from outer space. Next is “Hallway (The Top of the Velvety Stairs)” - a dreamy echo of a song about a romantic encounter at a teenage party in an abandoned house. “The Ballad of the Anxious Decoder” is a love song to the personal politics of drinking, faithlessness, and faulty memory (with more lush cello provided by guest Melissa Nelson).

“A Magnet - To The Light!” is a hymn to the persistence of mourning, and sets the stage for the cathedral-sized closer “Tuxedo of Ashes,” which pulls out the alt-country stops and invites in a plethora of friend musicians to sing (including Grant-Lee Phillips, Erin McKeown, Mark Mulcahy (Miracle Legion), Chris Collingwood (Fountains of Wayne), and José Ayerve (Spouse) and goes on an eight verse deep journey of regrets, the protagonist emerging gut-shot, weary, yet celebratory.

This EP was produced by Winterpills.